PPPI is internationally recognized as an impartial intermediary between the public sector, the private sector, and academia. We have worked in this capacity on four continents, in a diverse set of countries, including Lesotho, China, Saudi Arabia, and Singapore.

Professor Trager has also served as a technical expert to the World Health Organization’s Independent High-level Commission on Non-Communicable Diseases. His contributions can be seen in the Commission’s technical consultation report and final report.

Most recently, Professor Trager served as moderator at a roundtable discussion co-chaired by the World Economic Forum, and the governments of the United States and Kenya. Participants included forty-five officials from UN member states, and fifteen private-sector representatives. The discussion centered around developing PPP as a tool for meeting the UN’s goals for reducing the mortality of NCDs by 2030.

China and Singapore—different though they may be—are both massive drivers of the global economy. But while their differences are stark on paper—the former is a still-developing economic giant while the latter is an established highly-developed city-state—at various times they have faced many of the same healthcare challenges regarding non-communicable diseases.

In 2017 and 2018, PPPI convened leaders and decision-makers in China and Singapore—from the public sector, the private sector, civil society and academia—to participate in a series of forums, cohosted by the National University of Singapore and Tsinghua University in Beijing. The forums centered on the potential benefits of using public-private partnerships to address pressing healthcare issues.

Public-private partnerships are rooted in collaboration—between sectors and often across borders. At PPPI’s May 2018 forum in Singapore, NUS’s Saw Swee Hock and Tsinghua’s Peking Union Medical College—the two participating schools of public health—created a research partnership. The partnership was designed to better understand common issues facing both nations in healthcare, including eldercare and the growing incidence of non-communicable diseases.

“It is a real delight that the PPPI forum in Singapore has provided the opportunity for the two leading public health institutions in Singapore and China to forge an alliance to improve population health in Asia.
Challenges such as the provision of universal health care, emergence and persistence of antimicrobial resistance, and the integration of primary health care, all set within the context of rapidly ageing populations are common to many countries in the world. The partnership between the NUS School of Public Health and the Peking Union Medical College will look at how health systems develop effective strategies and solutions to manage these global challenges.”
—Prof. Yik-Ying Teo
Dean
Saw Swee Hock School of Public Health
National University of Singapore

Professor Trager speaking at the September 2017 TUPPP Conference on how PPPs can be leveraged in China's Belt Road Initiative.

For the past two years, Professor Trager has spoken at the Annual Conference at Tsinghua University's Center for Public-Private Partnerships (TUPPP). In September 2017, Professor Trager spoke about the utility of strong PPP structures to China's Belt Road Initiative, offering a road map for exporting Chinese infrastructure to the emerging economies included in the BRI. In December 2018, Professor Trager spoke about how PPPs could be used to manage the rising rate of non-communicable diseases that accompanies a rapidly-aging Chinese population. 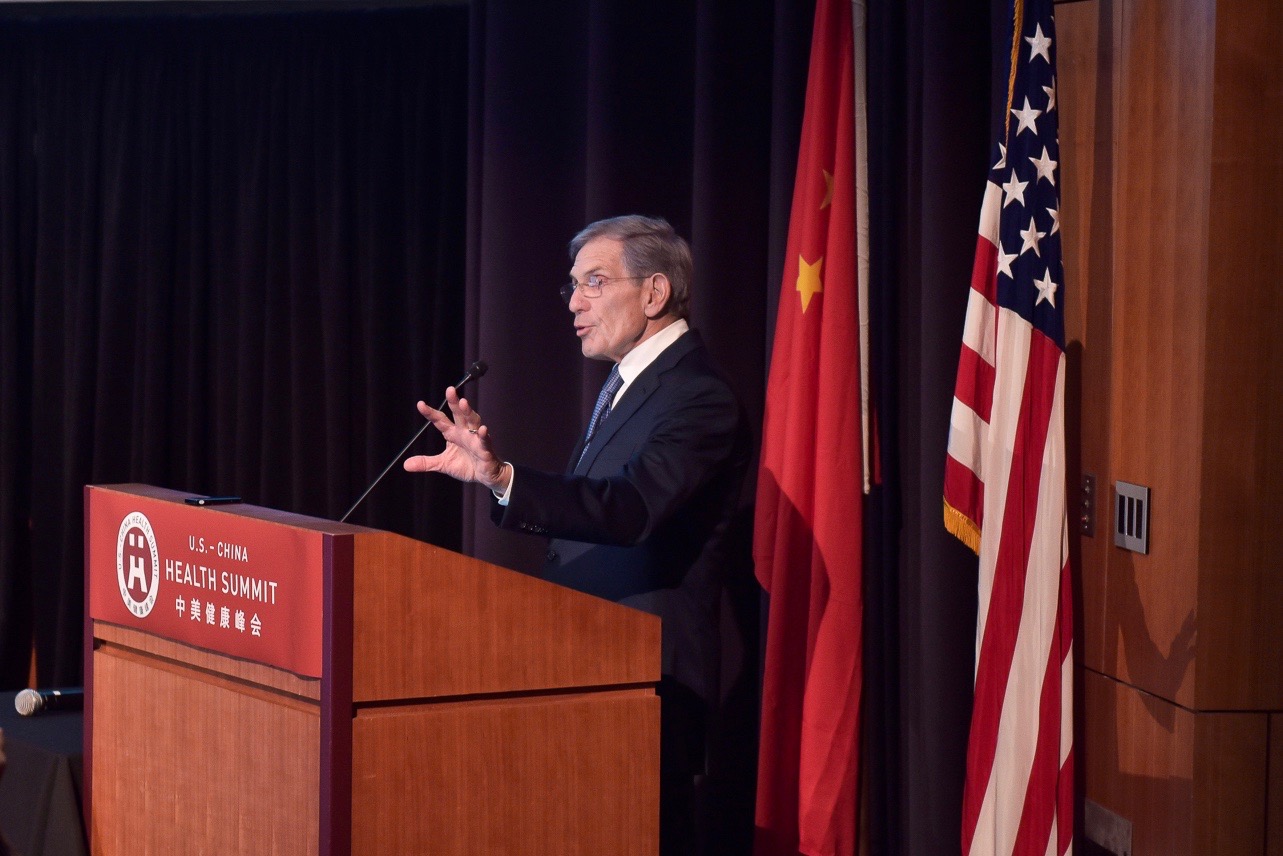 Professor Trager speaking at the 2017 US-China Health Summit in Boston.

In September 2017, Professor Trager spoke at the US-China Health Summit at Harvard Medical School in Boston, using the Wenchuan earthquake case study as a lens through which to demonstrate techniques for effectively leveraging resources in a healthcare PPP.

PPPI’s work in the Kingdom of Saudi Arabia from January 2017 to March 2018 began with a Johns Hopkins Medicine International and PPPI workshop conducted for the Johns Hopkins-Aramco healthcare systems joint venture.

Since that workshop, PPPI has returned twice to Saudi Arabia to conduct PPP capacity-building and advanced negotiation workshops. Participants have included the Ministry of Health, the Vision Realization Office and the National Center for Privatization and PPP. These sessions emphasized the importance of negotiation in PPP. as it relates to Saudi Arabia’s “Vision 2030” framework and a goal to increase participation by the private sector. 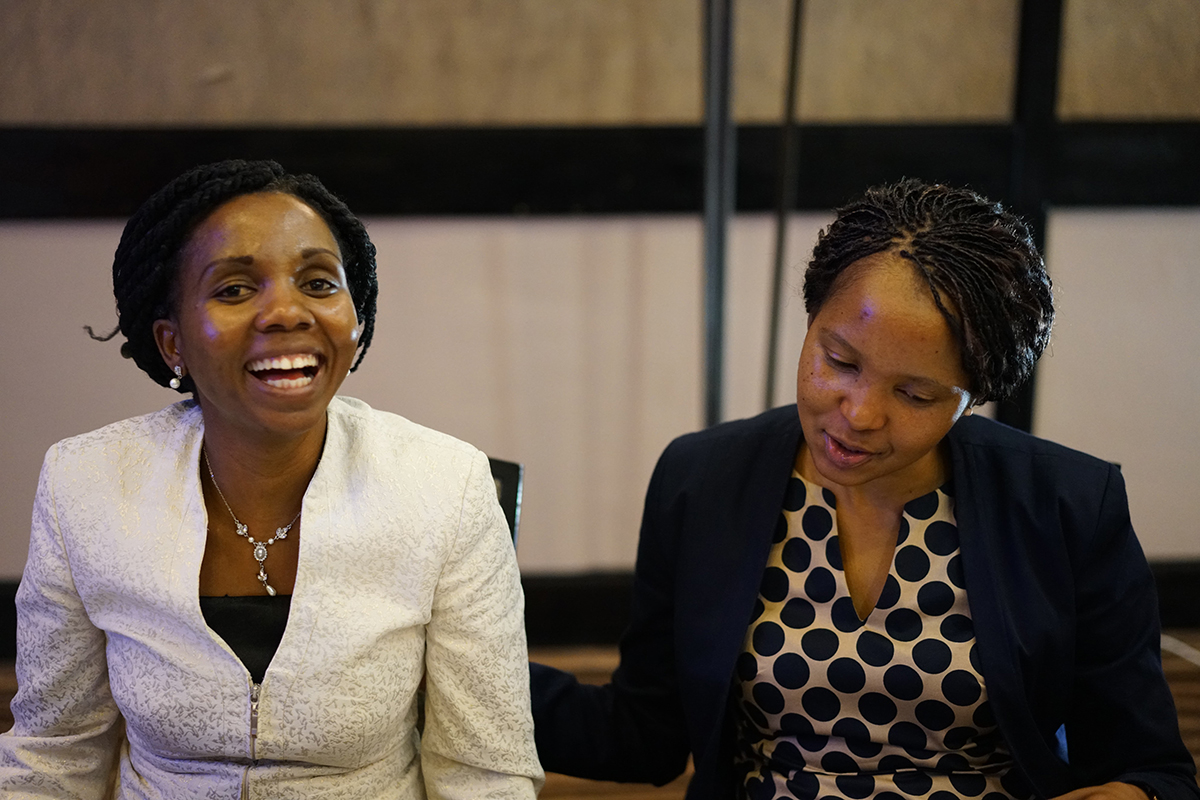 Workshop participants receive sophisticated training that they will be able to apply to PPP negotiations in Lesotho.

PPPI conducted a series of Advanced PPP Negotiation Workshops in Lesotho, designed specifically for the Ministry of Planning and Development and the Ministry of Health. Like all PPPI workshops, the training gave Lesotho’s public sector leaders the advanced negotiation, critical thinking, and communication skills necessary to succeed in PPP.

The training was funded by a sole-source procurement from the World Bank, using a Technical Assistance grant to build capacity for Lesotho leaders to develop and manage the nation’s large, integrated healthcare PPP project.

For three years, while at Johns Hopkins, Professor Trager has also taught executive education courses in Georgia, Kenya, and South Africa for the Leadership Academy of Development (LAD) to build cross-sector capacity and encourage the use of PPP for economic growth and development.